In the latest twist of “Fishgate”, the campaign of US Senate candidate Kelly Tshibaka blamed the Kenai River Sportfishing Association (KRSA) for Tshibaka’s illegal acquisition of a resident sport fishing license in 2019. his video ” Fish Camp, â€which shows the US Senate candidate fishing on a commercial net without a license, revealed the illegal sport fishing license.

â€œKelly attended the Kenai River Classic 2019 in his capacity as Commissioner of the Alaska Department of the Administration. Her confirmation hearings had been very public and it was well known that she had recently returned to the state to serve in the governor’s office. The organizers of the event asked her if she had a current fishing license, and when she said no, they issued one to her, â€said Tim Murtaugh, spokesperson for the Tshibaka campaign. “Lisa Murkowski’s allies are clearly worried about Kelly, if they are prepared to attack her about this.”

According to the Department of Fish and Game’s Licensing Vendor Manual, license issuers are prohibited from assessing an applicant’s residency status. The manual states that â€œsellers should not dispute any misrepresentation made by the license holderâ€. A KRSA spokesperson told Landmine: â€œKRSA issued many licenses during the 2019 classic, and Commissioner Tshibaka’s license was one of them. We have complied with the laws and guidelines of the State of Alaska when issuing these licenses. “ 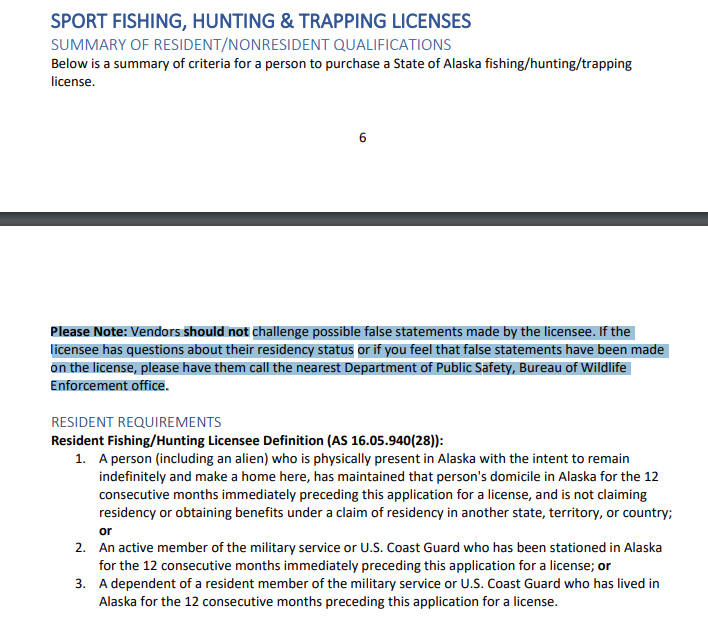 Must Read Alaska released a copy of the illegally obtained Tshibaka license in 2019. The license, which is signed by Tshibaka, states that the applicant must â€œread and understandâ€ the definition of â€œresidentâ€ of Alaska, and what to do making false statements here is punishable by criminal penalties. Tshibaka wrote that she had been a resident for 15 years, when in fact she had only returned to the state six months previously, after an absence of 23 years. As previously reported by Landmine, Tshibaka’s resume indicates that she worked in the Office of the United States Postal Inspector General in Arlington, Virginia, until January 2019. Tshibaka was a resident of Maryland and remains registered to vote in that state.

Tshibaka’s resident fishing license is below: 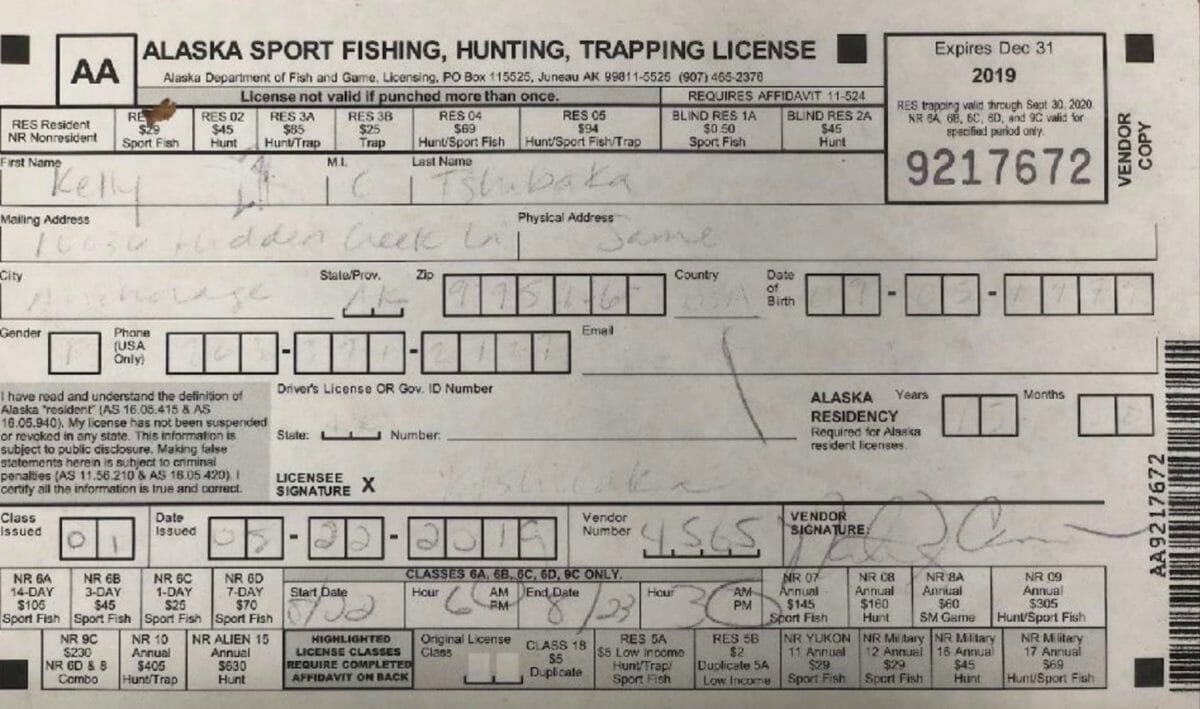